Join 84 other subscribers
Follow As a mother of an alcoholic on WordPress.com

I go to sleep at night feeling sick, I wake feeling sick, work takes away the sickness for a while. Maybe this is what Alanon means by telling us we are sick?

So the latest in my sons chaotic life is he is about to be made homeless, and I won’t invite him to stay in my warm cosy house, for my sanity, for my partnership, for his I hope, dignity and chance to get over this disease.

Have you any idea how hard that is to do? With the weather we are experiencing I can’t think about him living on the streets, he’s so vulnerable, but I can’t, just can’t have him back with me, it won’t help him, that’s if he survives. What a choice to have to make, tough love at its very hardest.

So how has he found himself in this situation? Alcohol of course is the real reason but so is his smarter, clever manipulating girlfriend.

They were given notice to leave the flat they share, the flat I helped my son get into, the flat he took her into when she had nowhere to go.

That was about 3 or 4 weeks ago. But she, to be fair got looking for a place for them to move to, she was the driving force as she treats Faith like a child and unable to make decisions.

At this time Faith was 2 weeks sober, she was still drinking, yes in their flat, she is a what you could call functioning alcoholic although unable to hold a job down long term. Faith is an all or nothing alcoholic, He constantly asked her to support him and stop drinking, but she didn’t think she needed to.

I knew this was a dead end relationship, two alcoholics cannot live together and survive.

So they found a nicer place than they have now, their own bathroom 🛁, bigger and brighter, all positives for Faith to stay sober for. But her drinking got to him and the inevitable happened. So now Faith is on a binge, no point trying to talk to him or reason with him, I will just wait until the drinking ends, which it will do.

But in the mean time while he has been drinking, his girlfriend has told him she can’t deal with his drinking anymore! She doesn’t want to be with him, which has sent him into more of a downward cycle, with hospital admissions, police involved as he was threatening to take his life. No physical help, just discharged from hospital to go home and drink again as he cant cope.

She has told him their new home is now in her name as she has come into money due to her divorce, she doesn’t want him there. That now leaves him with less than 2 weeks to find somewhere to live, while on benefits that she has controlled, so god knows where he stands with that. A hopeless task to find somewhere in that time, and I can’t even start to help him while he continues to drink.

I have no idea where he has found the money to buy alcohol as she controls all the money, maybe she has planned this, I wouldn’t be surprised.

So the last few days I have just been waiting, waiting for the time he stops drinking and I can speak to him “Faith” my son, again.

Thats why I have been feeling sick, every moment. Thank god I have found mindfulness, it helps me sleep when my head is full and my heart is breaking.

And this evening is the time, he’s stopped, whether it’s because he’s not physically able to get to the shop or the money has finally gone I don’t know, but tonight I spoke to a sick sober Faith.

Now I have to try not to thing about the agony his body is going through, hoping his girlfriend will call the ambulance when it’s needed as he’s fitting. I’ve been through this so many many times, this time is a little different though, I don’t know if he is physically and mentally strong enough to get through it.

I am helpless, as he is, over this disease.

I can only pray, and ask for your prayers, that somehow he gets through this, the homelessness will be another mountain for him to climb.

I need to find a positive quote to put in here….. I’ve found it 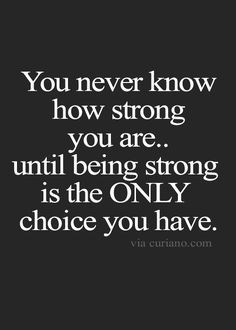 2 thoughts on “When and how will this end?”